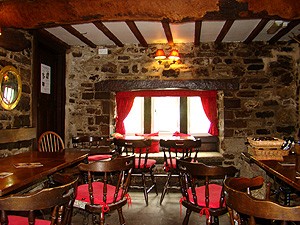 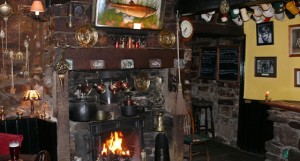 Nestling beneath the rising fells of Langstrothdale, the inn stands in a stunning location overlooking the infant river Wharfe.
This traditional Dales Inn with flagged floors, stone walls and mullioned windows is the last remaining family owned free house in the parish of Buckden, Upper Wharfedale.

Famous for being in Hubberholme – The Candle & J.B. Priestley

It is believed that the origin of the name Hubberholme comes from Hunberg’s homestead.

Constructed from original materials, thick stone walls, flagged floors and mullioned windows. The buildings are Grade II listed and although successive landlords have made sympathetic improvements the pub remains largely as it would have been years ago. We have a welcoming coal fire in winter and there are no gaming machines or piped music in the pub!

The pub was originally constructed as a farmstead in the 1600’s and was once used as the vicarage. When the vicar was at home he would put a lighted candle in the window as a signal to his parishioners.

This tradition is carried on today with a candle lit whenever the bar is open.

The candle is also used in the annual land-letting auction known as the Hubberholme Parliament and is held on the first Monday night of the year in a tradition dating back centuries. The local farmers gather to bid for 16 acres of pastureland owned by the church, the proceedings of which go to help the poor people of the parish. The vicar oversees the proceedings and sits in the House of Lords (dining room) while the bidding takes place in the House of Commons (the bar). The highest bid made when the candle flickers out wins the auction. 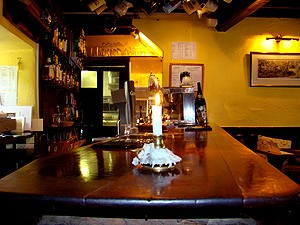 The George is reputedly the favourite watering hole of the famous playwright and author JB Priestley, whose ashes were scattered at the adjacent St. Michael and All Angels Church. He described Hubberholme as the smallest, pleasantest place in the world. A favourite place. 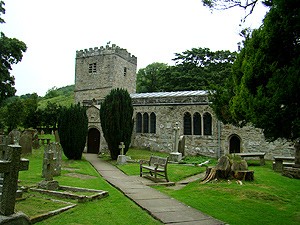